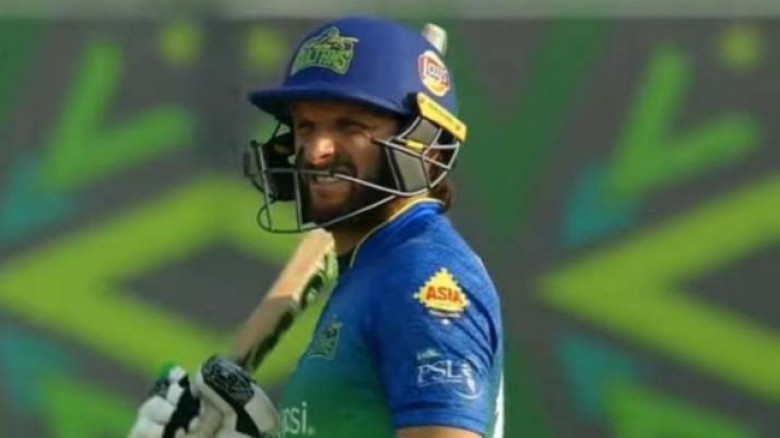 However, all the previous versions beat the one Shahid Afridi put on during a PSL qualifier match on Saturday, which by the looks of it, is as far removed from safety as possible. Afridi, upon his PSL return, sported an unusual yet dangerous-looking helmet, which had the top bar of the grille removed. The helmet has the potential to bring serious damage to the batsman as the huge gap allows the ball to penetrate between the lower grille and the top half of the helmet.

Afridi scored 12 off 12 balls wearing the helmet with some commentators on air discussing about the batsman's unusual gear. "He [Afridi] has got an interesting grille on Jonty, I've never seen that one before," former cricketer Bazid Khan said.

Former South Africa cricketer Jonty Rhodes revealed that he used the version a while ago because it allows a proper view of the bowler, his hand and the ball, and understood where Afridi was coming from. "I played a couple of months ago and I had an issue with the top bar of the grille," said Rhodes. "I understand where he's at, I couldn't see through it either. So I did get mine ground down by from a safety point of view, I was facing blokes like this."

Sky Sports Cricket assistant producer Tanzil Khawaja also voiced concern for Afridi. "Is it me or is Afridi's helmet grille really dangerous? Seems to be very open around the eyes and mouth area," he tweeted.

Designing of cricket helmets has been under strict supervision ever since Phil Hughes struck a blow while batting and passed away. Ever since, a protective layer has been offered that saves the batsmen blows on the back of the neck. But surely, Afridi's version is sure to become a talking point.